You can read more about Monica, Sara, Tyler, and Erika below. Please join us in welcoming them to the team! 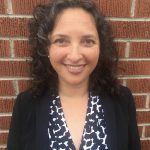 Dr. Monica Bulger joins FPF as a Senior Fellow. Her work will include studying privacy trade-offs regarding student data use; curating and developing student privacy training resources for K-12 schools; weighing in on student privacy news and developments; and surveying the priorities and needs of parents, teachers, FPF Advisory Board members, and other stakeholders. Monica’s recent publications include The Promises, Challenges, and Futures of Media Literacy (2018), The Legacy of inBloom (2017), Where Policy and Practice Collide: Comparing United States, South Africa, and European Union Approaches to Protecting Children Online (2017) and Personalized Learning: The Conversations We’re Not Having (2016). Dr. Bulger recently developed a twelve-part media literacy series aimed at teens for Crash Course on YouTube. She co-authors the Student Data Privacy, Equity and Digital Literacy newsletter with the Youth and Media team at the Berkman Klein Center for Internet & Society at Harvard University. She regularly convenes discussions among policymakers, technologists, researchers, journalists, and educators about issues affecting youth rights, such as privacy, online safety, and media literacy. A 2014-2015 Fellow at the Berkman Klein Center, she is a Research Associate at the Oxford Internet Institute, an Affiliate of the Data & Society Research Institute, and a Fellow of Fundación Ceibal. Dr. Bulger has contributed policy research to UNICEF, the U.S. Department of Justice, and the European Commission. She is a Teaching Fellow of the National Writing Project and holds a PhD in Education from the University of California, Santa Barbara with emphases in cognitive science and the social dimensions of technology. 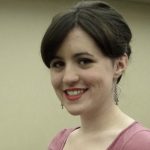 Sara Collins joins FPF as a Policy Counsel for the Education Privacy Project.   Sara previously worked as an investigations attorney in the Enforcement Unit at Federal Student Aid.  She has also worked as the Director of Legal Services for Veterans Education Success, a non-profit focused on helping veterans who have been harmed by predatory education institutions.

Sara graduated from the Georgetown University Law Center in 2014, where she was the symposium editor of the Journal of Gender and the Law.  After graduating law school, she completed a Policy & Law Fellowship at the Amara Legal Center, an organization dedicated to fighting domestic sex trafficking within the DMV area.  Originally from Chicago, Sara attended the University of Illinois, where she received a B.A. in both Political Science and English. 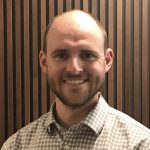 Tyler Park joins FPF as an Education Privacy Fellow. Prior to joining FPF, he served as a Legal Fellow in the Wireless Telecommunications Bureau at the Federal Communications Commission, where he worked on a diverse set of spectrum management and licensing issues, most prominently implementing the 2015 3.5 GHZ Order and the ongoing Signal Boosters proceeding. Before joining the FCC, Tyler interned at Hogan Lovells BSTL in Mexico City where he worked in the firm’s Telecommunications Media and Technology group. He also worked as a Research Assistant for the University of Colorado Law School.  Tyler graduated from the University of Colorado Law School, where he focused on communications law. While in law school, he was a member of the Colorado Technology Law Journal. Tyler earned his Bachelor’s Degree from the University of California, Davis, majoring in Political Science and Spanish. 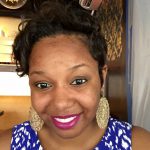 Erika earned in Bachelor’s degree from the University of Michigan majoring in political science. There she worked as a research assistant for the Civil Rights Litigation Clearinghouse and an assistant facilitator of the Youth Arts Alliance Program, working with detained youth. After graduation, Erika became a Teach for America corps member in Charlotte, North Carolina, and earned certification in Middle School and Secondary Social Studies. Before joining FPF, Erika worked as a Policy Advocacy Fellow for the School Justice Project and Policy and a Communications Fellow at the National Council on Teacher Quality. She is currently pursuing her Masters of Public Policy degree at the Trachtenberg School at George Washington University, with a focus on Program Evaluation.