On May 24, the Future of Privacy Forum was honored to co-host a “Toast to Privacy” with the European Union Delegation to the United States to mark the implementation of GDPR and celebrate those who have been working on related projects. The event was held at the Delegation of the European Union’s offices and was attended by public and private sector, government, and civil society leaders from Europe and the United States. 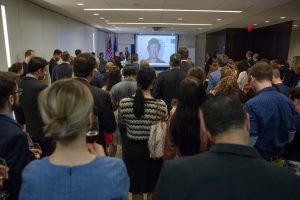 CCPA, face to face with the GDPR: An in depth comparative analysis

Learning from Europe but looking beyond for privacy law