Mobility-related technologies are evolving rapidly, transforming the safety and convenience of transportation. Many of these new features are enabled by the collection of new types of data, putting the topic of privacy in connected cars on the agenda of industry, policymakers, and regulators. Advancing sensible practices will be essential to ensure that the collection and use of this data is responsible, thoughtful, and communicated effectively to consumers.

Many of today’s safety and infotainment technologies collect data about drivers, other vehicles, and the environment in order to function. New safety capabilities hinge on the ability of cars to communicate with each other, and with infrastructure, to know what is ahead on the road. Decisions that were previously manual are now automated, relying on data inputs collected from each of the many new kinds of sensors being built into cars. With each step towards this driving future, our cars become data-crunching devices that function more like computers and smartphones than the mechanical chassis of the past. The Future of Privacy Forum (FPF) is driving a Connected Car Project to advance privacy practices and understanding as new mobility technologies come to market. We help ensure responsible practices are in place so that the benefits of technologies will be well-received by consumers. As the leading advocate for business practical approaches to consumer privacy, FPF has been at the vanguard of privacy issues related to geolocation, Smart Cities, and unmanned aerial vehicles. FPF’s goal is to promote leading privacy practices and industry solutions for emerging technologies.

Filing comments with regulators, including the FTC and NHTSA, describing the benefits of connected cars.

Serving as an active public voice about benefits to individuals and society of connected cars and the need to address data privacy and security risks, including serving as an expert resource for industry and government.

Hosting stakeholder convenings with carmakers, suppliers and technology leaders to advance the conversation around the management and use of personal information across the connected vehicle ecosystem.

Developing, in partnership with the National Automobile Dealers Association, a consumer guide to educate drivers about data collection and use. The guide provides consumers with an understanding of how to protect information that is stored, synced, or shared with a vehicle and provides privacy tips such as how to clear data from a vehicle before reselling it.

Developing a taxonomy to identify and better analyze how personally identifiable information is collected, used, and shared by connected cars, including creating an Infographic Guide to Data and the Connected Car.

Working with automakers to advance privacy principles for connected cars. Our Connected Car Project working group is an ongoing collaborative effort to pursue best practices by car manufacturers and technology suppliers, many of whom are members of FPF’s advisory board.

Connected Cars Working Group meetings are generally held once per month. FPF members are welcome to join these discussions. If you would like call-in information (or to be added to the working group), please contact Chelsey Colbert at [email protected]. 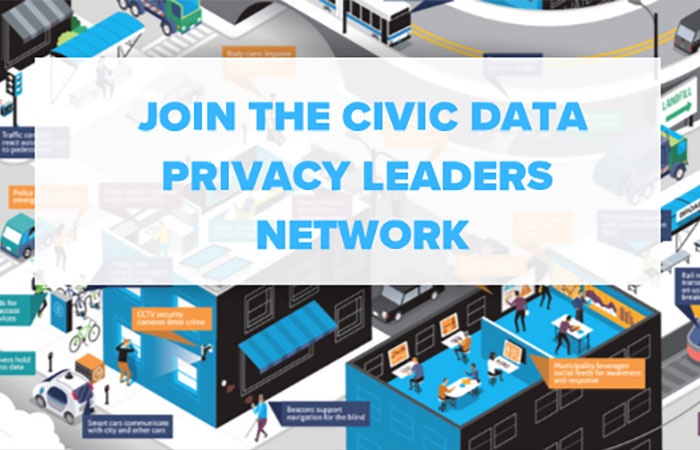 Connected technologies and always-on data flows are helping make today’s cities and communities more livable, productive, and equitable. At the same time, these technologies raise concerns about individual privacy, autonomy, freedom of choice, and institutional discrimination. How do we leverage the benefits of a data-rich society while giving members of our community the confidence of […]

Autonomous vehicles are positioned to transform the future of mobility—a change enabled by new on-board sensors that collect and transmit growing types and quantities of data. While the existence of data in vehicles is not entirely new, autonomous vehicles promise an explosion in the variety, connectivity, volume of such data—raising new and unique considerations around what happens with it. As the automotive industry becomes more data-driven, getting consumer privacy right will become increasingly important.

Lauren Smith, a FPF Policy Counsel, was recently featured in 2025 AD. Lauren leads the FPF Connected Cars Working Group, and serves a global expert and thought leader through speaking engagements, media interviews, and interaction with state and federal regulators and strategic partners. In this exclusive interview, she discusses best practices to advance privacy practices and understanding as new mobility technologies come to market.

Join Hogan Lovells and FPF for an event focused on data issues related to connected cars and the future of mobility on January 23, 2018, from 9:45 AM – 2:00 PM. This half-day event will highlight industry privacy practices, regulatory developments, and emerging uses of mobility data.

CPDP2020 Panel: The Future Is Now: Autonomous Vehicles, Trolley Problem(s) and How to Deal with Them

The Future of Mobility in a Connected World: FPF’s Lauren Smith on Connected Cars, Data, and more