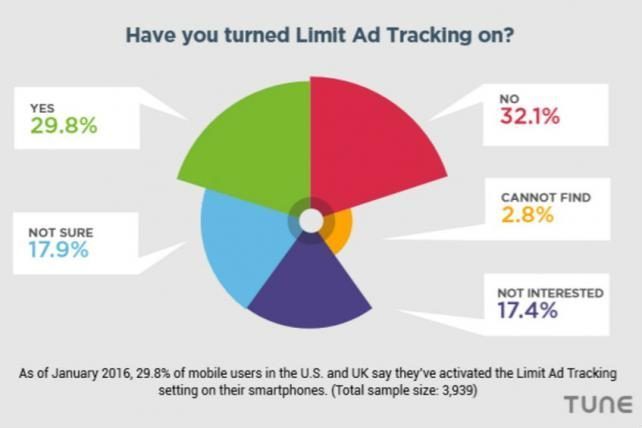 Behind the scenes in the escalating war between ad-blocking consumers and advertisers and ad-supported publishers, the use of one privacy tool has decreased. Mobile marketing platform firm Tune reports that, as the number of ad-blocker downloads rises, the limit-ad-tracking feature available in iOS and Android devices has actually dropped.

Use of the limit-ad-tracking setting fell to 16.7% of devices in February from 22% in August 2015, according to Tune, which observed 1.3 billion mobile app installs by about 150 million people over seven months, from August 2015 to February 2016.

This is the first example of data measuring the use of the limit-ad-tracking feature, said Jules Polonetsky, ‎CEO of the Future of Privacy Forum. Limit ad tracking, he continued, “despite being this central privacy control, really doesn’t get a lot of debate or discussion.”

Read the full story in AdAge.

The Future of Ad Tech: A Discussion with FPF’s Stacey Gray

Use of Limit Ad Tracking Rises, in the US

Comprehensive Online Tracking is Not Unique to ISPs