Today, FPF announced the winners of the 9th Annual Privacy Papers for Policymakers (PPPM) Award. This Award recognizes leading privacy scholarship that is relevant to policymakers in the United States Congress, at U.S. federal agencies, and for data protection authorities abroad.

Danielle Keats Citron is the Morton & Sophia Macht Professor of Law at the University of Maryland Carey School of Law where she teaches and writes about privacy, civil rights, and free speech. Her book Hate Crimes in Cyberspace (Harvard University Press) was named one of the “20 Best Moments for Women in 2014) by Cosmopolitan magazine. Her law review articles have appeared or are forthcoming in Yale Law Journal, California Law Review (twice), Michigan Law Review (twice), Texas Law Review, Boston University Law Review (three times), Notre Dame Law Review(twice), Washington University Law Review (three times), Southern California Law Review, Minnesota Law Review, Washington Law Review (twice), UC Davis Law Review, Fordham Law Review, and Hastings Law Journal. She is a frequent opinion writer for major media outlets including the New York Times, Slate, the Atlantic, and the Guardian.  Danielle is an Affiliate Scholar at the Stanford Center on Internet and Society, Affiliate Fellow at the Yale Information Society Project, a Tech Fellow at NYU’s Policing Project, and a member of the Principals Group for the Harvard-MIT AI Fund. Danielle works closely with tech companies such as Twitter and Facebook and federal and state lawmakers on issues of online safety, privacy, and free speech. She is the Chair of the Electronic Privacy Information Center’s Board of Directors. Danielle will be joining the faculty of Boston University School of Law as a Professor of Law in the fall of 2019.

Slave to the Algorithm? Why a ‘Right to an Explanation’ is Probably not the Remedy you are Looking for 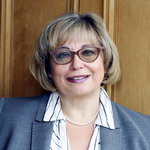 Lilian Edwards is a leading UK-based academic and frequent speaker on issues of Internet law, intellectual property and artificial intelligence. She is on the Advisory Board of the Open Rights Group and the Foundation for Internet Privacy Research and is the Professor of Law, Innovation and Society at Newcastle Law School at Newcastle University, having previously held chairs at Southampton, Sheffield and Strathclyde. She has taught information technology law, e-commerce law, privacy law and Internet law at undergraduate and postgraduate level since 1996 and been involved with law and artificial intelligence (AI) since 1985.

She has co-edited (both with Charlotte Waelde and alone) three editions of a bestselling textbook, Law and the Internet (later Law, Policy and the Internet); a new sole-edited collection, Law, Policy and the Internet  appeared in 2018. She won the Barbara Wellberry Memorial Prize in 2004 for work on online privacy and data trusts. A collection of her essays, The New Legal Framework for E-Commerce in Europe, was published in 2005.She is Deputy Director, and was co-founder, of the Arts and Humanities Research Council (AHRC) Centre for IP and Technology Law (now SCRIPT). Edwards has consulted inter alia for the EU Commission, the OECD, and WIPO. Edwards co-chairs GikII, an annual series of international workshops on the intersections between law, technology and popular culture. 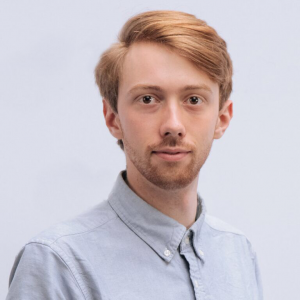 London, specializing in the fairness and accountability of data-driven tools in the public sector, the interplay between advanced technologies, data protection law, and human-computer interaction. His research has been cited by national and international governments and regulators, discussed in the media, as well as debated in Parliament. Michael has acted as expert consultant on machine learning and society for the World Bank, United Nations, European Commission, the Royal Society and the British Academy, and a range of national governments. Michael is a Fellow at the Centre for Public Impact, an Honorary Research Fellow at Birmingham Law School, University of Birmingham, a Visiting Researcher at the BBC DataLab, and a member of the Advisory Council for the Open Rights Group. He previously worked on IoT and ageing policy at the European Commission, and holds degrees from LSE (BSc) and Maastricht University (MSc). A full list of publications can be found at https://michae.lv. He tweets at @mikarv.

Ari Ezra Waldman is a Professor of Law and the Founding Director of the Innovation Center for Law and Technology at New York Law School. Professor Waldman’s work is forthcoming or has been published in numerous leading scholarly journals, including Law & Social Inquiry (peer reviewed), the Washington University Law Review, the UC Irvine Law Review, and the Cornell Law Review, among many others. His first book, Privacy As Trust: Information Law for an Information Age (Cambridge University Press, 2018), reorients privacy law around sociological principles of trust and argues that privacy law should protect information disclosed in contexts of trust. In 2018, Professor Waldman was honored as the Deirdre G. Martin Memorial Lecturer on Privacy at the University of Ottawa. In 2017, he received the highest award in privacy law, the Best Paper Award at the Privacy Law Scholars Conference in Berkeley, CA. And in 2016, his scholarship was awarded the Otto L. Walter Distinguished Writing Award. Professor Waldman has testified before the U.S. House of Representatives on issues relating to privacy and online social networks. His opinion pieces have appeared in the New York Times, the New York Daily News, The Advocate, among other popular press. He has appeared on Nightline, Good Morning America, MSNBC’s “The Docket,” and appeared as an expert on Syfy’s miniseries, The Internet Ruined My Life. He holds a Ph.D. from Columbia University, a J.D. from Harvard Law School, and a B.A. from Harvard College. He also really loves dogs.

The Finalist Judges also selected two papers for Honorable Mention on the basis of their uniformly strong reviews from the Advisory Board.

The 2018 PPPM Honorable Mentions are:

The winning authors have been invited to join FPF and Honorary Co-Hosts Senator Edward J. Markey, and Congresswoman Diana DeGette, to present their work at the U.S. Senate with policymakers, academics, and industry privacy professionals. This annual event will be held on February 06, 2019. FPF will subsequently publish a printed digest of summaries of the winning papers for distribution to policymakers, privacy professionals, and the public. RSVP here to join us.