Considering the privacy concerns raised by data brokers, we thought it would be useful to compare how data brokers are treated under Senator Edward Markey’s recent data broker bill, which has considerable support from privacy and consumer advocates (as well as Senators Blumenthal, Franken, and Whitehouse), and under the Consumer Privacy Bill of Rights. The different receptions […] 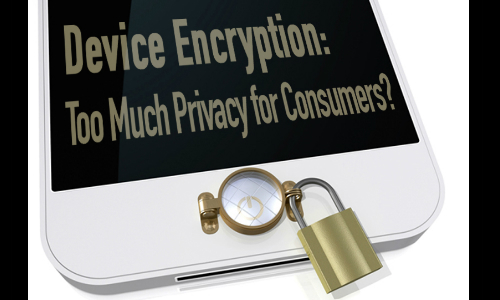 Discussing the Merits of Device Encryption

In the wake of Apple and Google’s recent decision to implement “whole device encryption” on their latest mobile operating systems, the FBI has warned that the tech giants’ actions will force law enforcement to “go dark” when it comes to keeping tabs of criminals. FPF has previously explored the question of encryption and law enforcement access, […]

Debating the FBI on Phone Encryption

FBI Director James Comey has heated up the encryption debate with his recent appearances on Sixty Minutes and at the Brookings Institution.  Comey has sharply criticized Apple and Google for the companies’ announcements that they would enable strong encryption on their phones.  In contrast to prior practice, the companies would no longer keep a key […]

Writing in Forbes today, Cam Kerry, formerly of the Department of Commerce and a member of the FPF Advisory Board, discusses some of the challenges facing law enforcement as technology continues to race past the law. In recent weeks, FBI Director James Comey has criticized tech companies like Apple and Google for embracing stronger levels of encryption, […]

Civil rights groups have recently highlighted the importance of respecting civil rights in this era of “big data” . The White House has echoed these concerns in its Big Data Privacy Review. As supporters of the benefits of responsible data use, we thought it would be helpful to companies and advocates to have a convenient list of existing […]