On January 1, 2016, “ SOPIPA”—the recently passed California student data privacy law that defines how edtech companies can use student data became effective. About 25 other states have passed similar laws that are already in effect, or will become effective. At the same time, more than 200 school service providers have now signed the Student Privacy […] 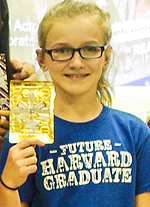 When Opting Out of Student Data Collection Isn’t the Solution

We know it is critical for ed tech companies to get security right. The Student Privacy Pledge developed by FPF and SIIA requires signatories to maintain “a comprehensive security program that is reasonably designed to protect the security . . . of personal student information . . . appropriate to the sensitivity of the information.” […]