I have just arrived in Barcelona for the Mobile World Congress.  More than 60,000 people focused on mobile technologies have converged at this annual event to hear and see the latest from carriers, device makers, platforms, app developers and more.  It is clear from the smart phones and tablets displayed on the show floor that the next generation of smart devices will be faster, more powerful and more integrated with consumers’ lives.  More than batteries or chips, our personal information is what truly powers these devices.  Our address books, location, network of friends, emails and text messages, when used wisely by these small computers, empower us to be smarter and to do more.  As additional sensors are added to capture new kinds of data and as the use of phones to make purchases spreads more widely, these machines will have more intimate data about us than any government or corporation ever did.

Who is the real custodian of these new rich data streams?  The ecosystem for the mobile consumer is quite complicated.  Mobile platforms, app developers, device makers, carriers, analytics companies, ad networks, social networks, chip companies and others are all part of the equation.  The battle between consumer tech titans like Google, Apple, Microsoft, Amazon and Facebook is being played out as each company seeks to link consumer identity and data across smartphones, desktops, search engines, email, social networks, ad networks, payment systems  and more.  Google’s privacy policy consolidation slated to become effective in a few days has captured the lion’s share of attention, but it is Apple that has been the most effective at linking consumer data across every aspect of its services.   European regulators have proposed a privacy law that seeks to put the data genie back in his bottle, but consumers have voted by expressing delight in Steve Jobs vision by making Apple the most valuable company in the world.  Yet at the same time, consumers continue to express alarm at the misbehavior of apps that grab too much information and many regularly clear cookies in the hope of protecting their privacy.

How can it be that consumers deeply love the brands that privacy critics single out for criticism?  Although Google now trails Apple in some measures of brand value, it too continues to be one of the handful of globally respected consumer brands.   Do the regulators and privacy advocates know something that consumers don’t?  Or do consumers value the benefits of these technologies and willingly make the privacy trade-off? I am looking forward to discussing this and more at my panel tomorrow.

Lessons for a Federal Private Right of Action in US Privacy Law after TransUnion LLC v. Ramirez

FPF and Data Privacy Brasil Webinar: Understanding ‘Legitimate Interests’ as a lawful ground under the LGPD

Navigating Preemption through the Lens of Existing State Privacy Laws 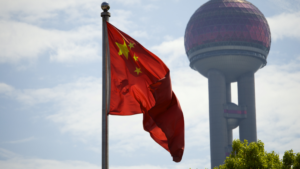 Lessons for a Federal Private Right of Action in US Privacy Law after TransUnion LLC v. Ramirez
Read More