Remarks on Diversity and Inclusion by Michael McCullough 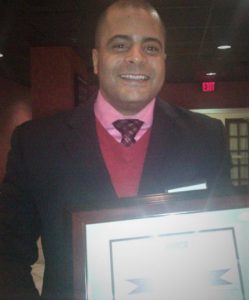 I’ve spoken to each of you about your views on diversity and equality, and about how that’s reflected in our privacy and data protection community. This has been an especially important time for that, but our community needs to help drive on these important issues. How do you think we can do that?

This is such a soul-crushing topic that we HAVE to tackle and keep tackling and keep talking about. People of conscience and goodwill MUST constantly strive for fairness and egalitarianism in all aspects of our society.

This is /// a painful time for me and so many others… and it’s hard to talk about – certainly in this setting. But I’m going to do it because it matters. And Justin, I appreciate your candor, openness and clear commitment to having these conversations.///

I get asked a lot – personally and professionally: /// “What are you; I mean what’s your background?”/// I respond – generally – cheerfully enough. I am half black and half white. /// But none of that is even close to what I AM. That is the most uninteresting, insipid question ABOUT ME. /// I know most mean no harm – it may be of genuine interest. But it’s really more about the asker, a crutch to know what box to put me in – even if subconsciously. Even if that is not the case, it FEELS like that’s the case.

So…I am black and white. While more and more people today are a mix of some “races,” I grew up with the knowledge that my mere existence was unlawful in some quarters due to anti-miscegenation laws…and you may be surprised to know this repugnant language remained in state constitutions after Loving v Virginia — till 1987 in Mississippi; 1998 in South Carolina and 2000 in Alabama.

Being both black and white I KNOW how hard this topic is. For some white people, there’s guilt and facing up to one’s own prejudices and privileges that are uncomfortable /// or a semblance of shame for feeling they’ve not done enough to be part of the solution, /// and dozens of other discomfiting sensations.

For many black folks, there’s anguish, historical… living history and immediate pain. There’s rage. Productive, real conversations are hard when there is existential pain. And sometimes, at least for me, those conversations feel like bowling for soup and a poultice for someone else’s wound that’s doing just enough for an entry in the CSR (Corporate Sustainability Report). I myself, and so many folks I have talked to, are self-policing on how to even talk about racism and white supremacy (especially in a professional/corporate environment): /// there’s hyper awareness ‘to be measured’ so as not to appear strident and feed into a stereotype (or be cast as too emotive for business). There’s personal risk in this talk.

So, this is my background to answer the question, “how do we think we can drive diversity and inclusion?”

We all know this is an institutional, systemic problem. Structural discrimination doesn’t require conscious racists or sexists. We all know there is no silver bullet. All we can do is start tearing down those institutions, this increasingly colonizing white supremacy sexist archipelago…one brick at a time.

Business efforts have to move from compensatory to reparative. Strategies for Diversity & Inclusion – commitments to reevaluate hiring practices, ensuring diversity in supply chain and vendors — are compensatory. As the adage goes “culture eats strategy for breakfast.” We need to planfully invest in building cultures of fairness and equity.

We are all getting the emails and messaging from companies stating their commitment to optimize diversity and inclusion and their strategies to build an inclusive environment. 130 plus years late – Aunt Jemima is being retired, as are Uncle Ben and Ms. Butterworth. Seriously! It’s 2020. These are major companies. I know they have Equal Opportunity policies and pro-diversity programs…. Something is wrong. Something is very wrong.

Then you have Ben and Jerry’s statement. /// I am shocked and disappointed that their statement entitled “We Must Dismantle White Supremacy: Silence Is NOT An Option” was so shocking. THAT stake in the ground is REPARATIVE. That is a culture bomb. We can no longer just be pro-diversity; pro-fairness; pro-equity; pro-black; pro-women; pro-Jewish or Sikh — we have to become culturally ANTI-RACIST; ANTI-SEXIST; ANTI-DISCRIMINATORY. That semantic difference matters — here’s why:

Relevant to our Worlds and what we control… We are very good at measuring and managing risk. There’s always a balance and certain tolerances – a calculus. But the “purpose” of risk management ultimately is economic and — in quotations “fiduciary.” Within that calculus we are less good at recognizing and accounting for “harms.” /// Bias harms are hard to tease out… and sometimes it is hard to get people to understand why bias harms are bad and should be cured; not managed… this is increasingly true when the “harms” potentially affect “only” small groups or are individualized, which is relevant as we increasingly pursue meaningful personalization. Risk management, we are good at the big stuff; less good at the small stuff. We need to be hyper aware of how we group and categorize “others.” Mere categorization can lead to harm…even if unintentional…(“WHAT ARE YOU, I mean what’s your background”) and especially when profitable, because “racism is productive”. In the obvious and clearly egregious cases, Aunt Jemima and Uncle Ben’s are profitable. /// So, what to do?

We have all had the rousing IT exec that makes a “zero defect environment” a MISSION. Is it achievable? No…. But it gives purpose beyond the traffic-lighting we can get caught up in in the day-to-day. Likewise, we can set a standard as “zero discrimination/zero harm” (zero defect) in our data practices. It gives mission and purpose to what otherwise is simply effective management. This mission can be supported operationally by assurance activities like adding, maintaining and appropriately updating equity analysis for code audits.

Many of the other things we can do have been talked about for years.

Demanding not just diversity on boards, but people with a demonstrated commitment to fairness and equity as a mission. And I mean women, I mean people of color, I mean trans and non-binary people. The co-founder of Reddit stepped down from its board and asked to be replaced by a person of color after recognizing his own white privilege that he had come to recognize due to his marriage to Serena Williams and after having bi-racial children.

Commit to a diverse pipeline and curate talent (so don’t just do executive recruiting at schools, invest in, co-design the programs that teach and build zero discrimination coding and design), /// measure it and seek feedback internally and externally. Defang an inarguably unfair and institutionally white supremacist carceral system by promoting programs and focusing on giving formerly incarcerated a hand up. Go beyond including diverse images in your spaces; seek out and ensure diverse image makers and story tellers are contributing to spaces. Give time, dollars and people to groups that are challenging status quo approaches to tech and be partners in experimentation. Challenge filter bubbles in your own organizations — I’ve seen the breakrooms and lunch halls and all hands meetings. As leaders, seek diversity in your mentorship circle; reverse mentor with diverse people.

We, specifically, have an opportunity as a community NOT to further export existing bias, structural racism and sexism into Code, /// and to begin unwinding and righting that ship, today. This is a singular moment to do that.

I believe that people, especially in this community, are overwhelmingly good and fair – we choose careers that protect people. /// But complacency in the face of complexity and difficulty, no matter how subdermal, is not an option /// – unpacking the non-obvious and finding solutions for the complex and difficult is what we do! /// This (moment; this need) will not pass – we have to reframe and reshape our corporate cultures; we have to be more than allies, but partners in liberation, fairness and equity for all.

Now, I believe deeply in free speech. When I became a Marine, I took an oath to protect and defend the Constitution. I would fight and die to protect 1st Amendment speech I find abhorrent. But racists and sexists should have no harbor in business and we have to do more than just be — PRO. We have to dig in, do the hard work and excise the business pro-ductivity of sexism and racism.

Finally, I just read a book with Future of Privacy Forum called “Race After Technology: Abolitionist Tools for the New Jim Code” by Princeton Sociologist Ruha Benjamin. She goes deep into the structures and encoding of white supremacy, the way that it infects CODE, and how “racism is productive.” It’s revelatory and worth the read to at least spark the imagination for “what can we do” (and “who do we want to BE”).

If you found my comments compelling in any way, I urge you to read Ruha’s book and the work of the many scholars illuminating the historical contexts, costs and caustic impacts of white supremacy and racism on our society today. I urge you to really listen to and co-imagine reshaping company cultures with your colleagues who bring life experience with racism and bias to the workplace. I urge all of us to reflect on our own roles and opportunities to harness this moment to drive critical change.

Michael ‘Mac’ McCullough is the Chief Privacy Officer and GRC Leader at Macy’s, a former Marine, and a member of the FPF Advisory Board. These remarks were delivered in his personal capacity and are shared here to mark Juneteenth. The remarks are lightly edited.

What Happened to the Risk-Based Approach to Data Transfers?

Looking Back to Forge Ahead: Challenges of Developing an “African Conception” of Privacy