The struggle to balance surveillance and privacy in France 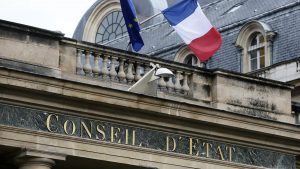 In a historic decision last October, the European Court of Justice struck down Safe Harbor, one of the most relied upon legal agreements to transfer data between Europe and the U.S. At stake were some of the surveillance programs put in place by the NSA to gather data about both U.S. and foreign individuals. According to the Court, the U.S. failed to provide an “adequate level of protection” to European data. In this context, Professor Peter Swire and the Future of Privacy Forum released last week a report titled “U.S. Surveillance Law, Safe Harbor, and Reforms Since 2013.” The report addresses serious misunderstandings of U.S. national security laws and covers three critical areas: (1) the fundamental equivalence of the United States and EU member States as constitutional democracies, (2) the Section 702 PRISM and Upstream programs are reasonable and lawful responses to changing technology, and (3) the U.S. Congress and executive branch have instituted over two dozen significant reforms to surveillance law and practice since 2013.

As leaders in both sides of the Atlantic debate the proportionate balance of privacy and intelligence surveillance, we thought it would be useful to study the relevant legal authorities in France. France and its powerful data protection agency have been a fierce defender of the privacy of its citizens. But government authorities have significant powers to conduct surveillance, powers that have been enhanced following the recent Charlie Hebdo and Paris terror attacks.

This new paper takes a deeper look at what is actually happening in France with a view to providing insights into how one leading democracy has structured its balance of the human right to security and to privacy.