FPF is pleased to announce the keynote speaker for the

Alessandro Acquisti is a Professor of Information Technology and Public Policy at the Heinz College, Carnegie Mellon University (CMU) and an Andrew Carnegie Fellow (inaugural class). He is the director of the Peex (Privacy Economics Experiments) lab at CMU and the co-director of CMU CBDR (Center for Behavioral and Decision Research).
Alessandro investigates the economics of privacy. His studies have spearheaded the investigation of privacy and disclosure behavior in online social networks, and the application of behavioral economics to the study of privacy and information security decision making. Alessandro’s studies have been published in journals across several disciplines (including Science, Journal of Economic Literature, Proceedings of the National Academy of Science, Management Science, Journal of Consumer Research, Journal of Marketing Research, Marketing Science, Information Systems Research, Journal of Comparative Economics, ACM Transactions, and so forth), as well as edited books, conference proceedings, and numerous keynotes. 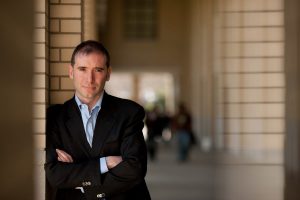 Alessandro has been the recipient of the PET Award for Outstanding Research in Privacy Enhancing Technologies, the IBM Best Academic Privacy Faculty Award, the Heinz College School of Information’s Teaching Excellence Award, and multiple Best Paper awards. His research has been supported by awards and grants from the National Science Foundation, Department of Homeland Security, National Security Agency, TranscoopFoundation, Microsoft, and Google. He has testified before the U.S. Senate and House committees on issues related to privacy policy and consumer behavior, and has been frequently invited to consult on privacy policy issues by government bodies including the White House’s Office of Science and Technology Policy (OSTP) and the Council of Economic Advisers (CEA), the Federal Trade Commission (FTC), and the National Telecommunications and Information Administration (NTIA). Alessandro’s findings have been featured in national and international media outlets, including the Economist, the New York Times, the Wall Street Journal, the Washington Post, the Financial Times, Wired.com, NPR, CNN, and 60 Minutes. His 2009 study on the predictability of Social Security numbers was featured in the “Year in Ideas” issue of the NYT Magazine (the SSNs assignment scheme was changed by the US Social Security Administration in 2011).
Alessandro holds a PhD from UC Berkeley, and Master degrees from UC Berkeley, the London School of Economics, and Trinity College Dublin. While at Berkeley, he interned a Xerox PARC and Riacs, NASA Ames. He has held visiting positions at the Universities of Rome, Paris, and Freiburg (visiting professor); Harvard University (visiting scholar); University of Chicago (visiting fellow); Microsoft Research (visiting researcher); and Google (visiting scientist). He has been a member of the National Academies’ Committee on public response to alerts and warnings using social media, and has been a TED Global speaker.

The 7th Annual Privacy Papers for Policymakers (PPPM) is presented by FPF and Honorary Co-Hosts Senator Edward J. Markey, and Co-Chairs of the Congressional Bi-Partisan Privacy Caucus, Congressman Joe Barton, and Congresswoman Diana DeGette. The event will explore the year’s leading privacy research and scholarship judged most useful for policymakers in the U.S. Congress, federal and state agencies, and around the world.