Florida lawmakers recently introduced HB 1189/SB 1564 – a bill that would prohibit life and long-term care insurers from basing coverage and rates or denying coverage based on individuals’ genetic information. Washington State lawmakers are considering a bill, HB 2485, that would prohibit life insurance companies and others from obtaining individuals’ genetic information from direct-to-consumer (DTC) genetic testing services. These are two of many legislative efforts that would fill critical gaps in protections provided by the Genetic Information Nondiscrimination Act (GINA). GINA, a 2008 federal law, bans discrimination based on genetic information in health insurance and employment settings. However, GINA is limited; it does not protect individuals from genetic discrimination by life, long-term care, and disability insurers. Also, GINA does not apply to members of the US military, who recently received a Pentagon warning memo stating that DTC genetic testing results could impact decisions made about US military readiness.

Some states have stepped in to provide additional protections for individuals. California, for example, provides the most comprehensive protections beyond GINA. CalGINA extends nondiscrimination protections to circumstances related to housing, certain businesses, state-funded agencies, and in the provision of emergency services.

During recent years, GINA and complementary state laws have seemingly mitigated some concerns about genetic discrimination and provided employers and insurers with clarity regarding their legal obligations. Between 2013 and 2018, less than three cases were brought each year by the Equal Opportunity Employment Coalition (EEOC), the federal agency that enforces Title II of GINA, and a shrinking number of charges citing GINA violations were filed with the EEOC (333 charges filed in 2013 versus 209 cases filed in 2019).

However, GINA has not eliminated concerns about genetic data privacy and discrimination across the board. Many stakeholders, including legislators, have engaged in efforts to promote access to genetic information for various purposes. Therefore, it is important that policymakers, companies, employees, consumers, and other stakeholders understand GINA’s limits, the privacy risks involved in using genetic information, and the privacy-centric tools and guidance that can mitigate risks in this under-explored territory.

In 2017, the US witnessed controversy over H.R.1313 (the “Preserving Employee Wellness Programs Act”). Although the bill did not pass Congress, many viewed the proposal as an attempt to give employers access to employees’ genetic information through corporate wellness programs, a possibility that raised the spectre of employer discrimination against an employee and his/her/their family members. The bill could have permitted employers to access information from tests for genetic diseases with no known cure. H.R. 1313 was strongly opposed by health advocates. Advocates argued that if an employee or beneficiary’s heightened risk of developing a serious disease is revealed to an employer, the employer could use this information to predict and mitigate future healthcare costs. Such use of genetic information would violate GINA.

Although GINA has deterred employers from engaging in explicit acts of genetic information discrimination, it has not discouraged employers from engaging in the consumer genetics space by partnering with DTC genetic testing companies that offer ‘personalized wellness’ programs to employees. Personalized wellness programs’ stated goal is to help employees understand which exercise programs and diets could work best based on genetic factors. Employers, on the other hand, hope that information gleaned from genetic testing in personalized wellness programs can be used to motivate employees to engage in healthy behaviors, which might lead to overall reduced health care expenditures for the employer. There is broad agreement that genetic information – and other health data used by wellness programs – must not inform decisions regarding hiring and promotion.

The fact that GINA excludes life, long-term care, and disability insurers has been unsettling for many since GINA became effective in 2008 because it left an open door for potential discrimination in such settings. Some states like Florida have taken initiatives to fill these protection gaps, although with pushback from these insurance industries. For instance, a recent Florida bill would prohibit life insurers from making coverage decisions based on both clinical and consumer genetic testing results; it is opposed by the life insurance industry. The industry argues that the bill, if passed, could “disrupt Florida’s life insurance market and could harm consumers through higher prices and potentially limited product choices.”

In essence, these industries are concerned about their ability to underwrite and establish pricing or premiums based on genetic information alone or in combination with medical information taken from the Medical Information Bureau (MIB), an insurance underwriting and information exchange organization. MIB members include life and health insurance companies that seek to “assess an individual’s risk and eligibility during the underwriting of life, health, disability income, critical illness, and long-term care insurance policies.” Life, long-term care, and disability insurers argue that genetic information and MIB data improves their ability to accurately estimate risk, underwrite policies, and assess the likelihood of severe or critical illness, premature death, or disability. Individuals fear that the insurers will use information that is inaccurate, incomplete, or would create discriminatory outcomes for individuals or groups. 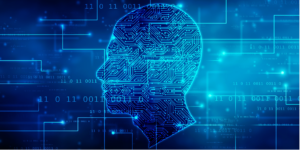 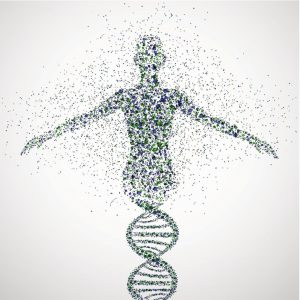