The 2021 Infrastructure Act mandates that the US Department of Transportation issue a rule requiring the creation and implementation of monitoring systems to deter drivers impaired by alcohol, inattention, or drowsiness. The Department of Transportation (DOT) must establish a Federal mandatory motor vehicle safety standard to “passively monitor a motor vehicle driver’s performance to accurately detect if the driver may be impaired.”  (“Advanced Drunk and Impaired Driving Prevention Technology,” Sec. 24220(b)(1)(A)(i)). Details in the statute are sparse; the DOT’s rule will likely establish many practical and technical details that the statute does not address.

Among the actions required under the 2021 law, the DOT is required to set a safety standard for the use of blood alcohol detection technology within three years, after which vehicle manufacturers will have between two-three years to install the systems in all new passenger motor vehicles manufactured after the effective date. In practice, such systems will be required for all new vehicles beginning November 2026, although they could be rolled out sooner. DOT’s National Highway Traffic Safety Administration (NHTSA) will lead the rulemaking.

Today, many car makers offer different types of driver assistance technologies that can reduce crashes and improve safety for drivers, passengers, pedestrians, cyclists, and other road users. The Advanced Impaired Driving Technology mandated by the Infrastructure Act may further enhance safety, but its implementation must address its impact on drivers and passengers, including the collection and use of their personal data. Driver acceptance of auto safety measures is particularly important; previous attempts to mandate seat belt use resulted in public backlash and quick Congressional rollback. As the DOT, automakers, safety advocates, and other stakeholders think through issues raised by the Infrastructure Act’s mandate, questions must be considered regarding the accuracy of the technology, implementation by carmakers, driver acceptance, and the overall impact on the privacy of drivers and passengers:

1. Accuracy – The accuracy of the Advanced Impaired Driving Technology will be key to the proper, non-biased functioning and use by drivers.

2. Data Collection and Use – Cars already collect significant amounts of data for a variety of functional, safety, and other purposes. Policymakers tasked with establishing standards and guidelines for the Advanced Impaired Driving Technology should ensure that any personal data collected or retained is limited, reasonable, and processed safely and fairly.

3. Driver Acceptance – Stakeholders must decide what should occur in situations where the technology detects that a driver is intoxicated.

The accuracy of Advanced Impaired Driving Technology will be central to the proper functioning and use by drivers. The law requires that the technology must “accurately identify whether the driver may be impaired” but does not specify particular accuracy thresholds. Policymakers at DOT and NHTSA will need to encounter this issue as they conduct the rulemaking and establish the rule and should consider testing to ensure that technology is fair, targeted, and consistently highly accurate.

The concept of using technology to detect driver impairment, including blood alcohol concentration (BAC) levels, is not novel. For example, in some jurisdictions, a person with a DUI conviction can be required to use ignition interlocks – devices in vehicles that detect BAC through breath (commonly known as breathalyzers). Every time a person gets into a car, the ignition interlock device requires them to breathe into a tube. While commonly used in ignition interlocks and during traffic stops, breathalyzers are not 100% accurate and cannot achieve the same level of accuracy as blood or urine tests. Errors from breathalyzers can result from both miscalibration or human error. As DOT considers rules for Advanced Impaired Driving Technology, the agency will likely need to consider other potential sources of inaccuracy, including mischaracterization of lawful substances (such as mouthwash) as intoxicants or misattribution of passenger intoxication to an unimpaired driver.

Existing technologies used by car makers today to detect driver impairment may or may not be sufficient to meet the statute’s requirement for accuracy. For example, carmakers have available safety features that include driver-facing cameras and automated detection of erratic driving. An alert from these driver monitoring technologies may reflect that a driver is intoxicated, but not always. An alert can also result from drowsiness, distraction, or emotional stress. On the other hand, an intoxicated driver may not display typical impairment signs. As a result, it is not clear that existing technologies meet the law’s mandate of “accurately identify[ing] whether the driver may be impaired.”

Data Collection and Use

As vehicle manufacturers begin to design and implement technologies that detect blood alcohol concentration (BAC), DOT and NHTSA should ensure that guidelines for any personal data collected are clear, limited, reasonable, and require data to be processed safely and fairly. Many cars already collect significant amounts of data about drivers and passengers. This data may be collected to support safety, maintain efficient performance, increase driver or passenger convenience, or related to in-car entertainment. For instance, the “infotainment” features in a car can be connected to the radio and other apps that collect information on the music listened to or when it is turned on or off.

It is not clear whether Advanced Impaired Driving Technology will need to collect, share, or retain detailed records in order to function. For example, a vehicle could incorporate a method to delete on-device data or automatically delete data on a rotating basis when it is no longer necessary. However, there could be significant reasons to collect and retain data, including to test for and ensure accuracy or allow for a driver to dispute the interference.

Car manufacturers must also be transparent about options for data re-use or for third-party data access. Commercial entities, advocates, or government agencies may wish to obtain access to (or the ability to access) individual or aggregate information from Advanced Impaired Driver Technologies. Collecting data on a driver’s intoxication level could have implications for insurance risk scores, driver safety scores, public safety, and other purposes that impact drivers and passengers.

Finally, stakeholders must consider what should occur in situations where the technology detects that a driver is intoxicated. The mandate states that the technology should “prevent or limit vehicle operation” but does not specify how that should or would occur. For example, when a driver is flagged as impaired, the technology may prohibit vehicle operation, but other options may include requiring extra steps to operate the vehicle, displaying warnings, limiting the speed of the vehicle, or alerting the owner or a designated contact registered to the car.

Auto manufacturers could design systems that would prevent a car from starting or limit its performance if a driver is intoxicated. This may prevent or limit impaired driving, a serious problem in the US, on average 32 people die every day in drunk driving crashes. However, a false positive could cause surprise or concern for drivers who do not expect to be prevented from driving, including in emergencies or unexpected situations. For some drivers, it could create new safety concerns if they are unable to leave situations in which they are facing threats to their physical safety. This could also impact consumer attitudes and engagement with this technology. Alternatively, a vehicle could display warnings, reduce vehicle functionality, or introduce friction at the point of starting the car.

There are many open questions about this mandate and how the technology will work, and the effect on automakers and consumers. The DOT has two additional years to meet the Congressional deadline to establish standards for the use of blood alcohol detection technology in vehicles. Meanwhile, vehicle manufacturers should be thinking ahead and engaging with NHTSA about how they can implement such features in new vehicles. FPF will continue to monitor the regulatory process, including privacy implications of this technology and how it may be implemented in the future. 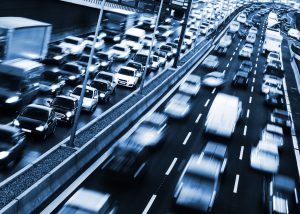