In Memory of Elise Berkower 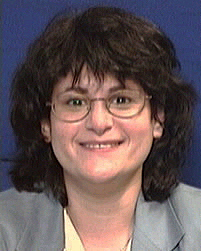 We learned yesterday of the passing of Elise Berkower, a dear friend and one of the unsung heroes in the world of digital privacy.

Elise was Chief Privacy Counsel at The Nielsen Company and was a valued member of the Future of Privacy Forum Advisory Board. If you didn’t know Elise, it is because she was incredibly modest and humble, despite being one of the most knowledgeable people working at the intersection of data and online ads, mobile ads, traditional TV and the emerging smart TV and smart home.

I first met Elise when I was Commissioner of Consumer Affairs for New York City in 1998 and she was the Deputy Chief Administrative Law Judge at the agency. Her commitment to consumer protection was deep and her ability to manage the agency court system to ensure it served the city and consumers was remarkable. When the opportunity arose, I appointed her as Chief Judge and saw her continue to work to resolve agency bottlenecks, while ensure we did justice to the businesses and the individual consumers we served.

When I became Chief Privacy Officer at DoubleClick, Elise was my first hire. While Nuala o’Connor and I rushed around the world, putting out fires and negotiating with regulators, Elise built and ran the first comprehensive online advertising privacy compliance program in the industry. This involved not only ensuring DoubleClick’s policies and practices were proper, but working with thousands of advertisers and publishers who were clients. In those days, web sites were first beginning to adopt privacy policies and few had language or choices that reflected the uses of ad technology. Elise corrected and edited thousands of policies, helping companies large and small learn about and comply with emerging ad tech best practices – many which we were working with others in the sector to develop as new uses of data emerged.

Elise did her work with a deep commitment to ensuring fair practices for individuals and carried that same devotion to Chappell & Associates and then to Nielsen. When she reached out to fill me in on a new product, the briefing was never about the compromises made to balance privacy and data use and the hope that the end solution was good enough – it was always a review of all the protections she had worked with the business to put in place and was there anything else we could think of that would help do more.

At each company, Elise was devoted to her peers and staff as if they were her family – and indeed we were. My only complaint is that she was so selfless that it was hard to learn about the challenges she was facing over the years. She was severely impacted by 9/11, as she lived in an apartment very close to the World Trade Center, and she struggled with health issues, including a recent stroke. When I called to check up on her recently, she was more interested in finding out how my family was doing than sharing her own challenges.

Elise seemed to be doing better recently and was even at the FPF annual meeting last week, sharing her views and input.  We will be coordinating and effort to honor her friendship and service.

Our condolences to our friends at Nielsen and to peers at ESOMAR and NAI, where she for many years was a leader in advancing industry self-regulation and was a respected and beloved partner.

The funeral will take place on June 4th in Manhattan.

May her memory be a blessing.

What Happened to the Risk-Based Approach to Data Transfers?

Looking Back to Forge Ahead: Challenges of Developing an “African Conception” of Privacy