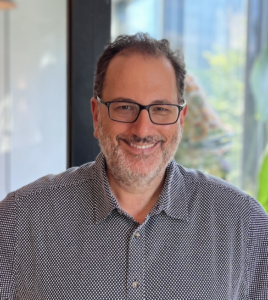 Jules serves as CEO of the Future of Privacy Forum, a Washington, D.C.-based non-profit organization that serves as a catalyst for privacy leadership and scholarship, advancing principled data practices in support of emerging technologies. FPF is supported by the chief privacy officers of more than 200 leading companies, several foundations, as well as by an advisory board composed of the country’s leading academics and advocates. FPF’s current projects focus on AI and Ethics, Connected Cars, Health, Research Data, Smart Communities, Ad Tech, Youth, Ed Tech, Privacy Legislation and Enforcement, and Global Data Flows.

Jules also serves as Chairman of the International Digital Accountability Council and as Co-Chairman of the Israel Tech Policy Institute.  Jules is co-editor of The Cambridge Handbook of Consumer Privacy, published by Cambridge University Press (2018). More of his writing and research can be found at the www.fpf.org and on Google Scholar and SSRN.

Jules’s previous roles have included serving as Chief Privacy Officer at AOL and at DoubleClick, as Consumer Affairs Commissioner for New York City, as an elected New York State Legislator and as a congressional staffer, and as an attorney.

Jules has served on the boards of a number of privacy and consumer protection organizations including TRUSTe, the International Association of Privacy Professionals, and the Network Advertising Initiative. From 2011-2012, Jules served on the Department of Homeland Security Data Privacy and Integrity Advisory Committee. Jules is a member of The George Washington University Law School Privacy and Security Advisory Council. He also currently sits on the Advisory Boards of Open DP | Harvard University Privacy Tools Project and the California Privacy Lab (University of California).

Jules is a regular speaker at privacy and technology events and has testified or presented before Congressional committees and the Federal Trade Commission.

As AOL’s former Chief Privacy Officer and SVP for Consumer Advocacy, Jules was responsible for ensuring that AOL’s users could trust the company with their information and for educating employees about best practices for advertising, content, and product development.

From March 2000 through April 2002, Jules was Chief Privacy Officer and Special Counsel at DoubleClick, the advertising and marketing technology company that at the time was the largest internet company in New York City. In that role, he worked with DoubleClick clients to institute and police their privacy policies and managed compliance with data protection requirements for DoubleClick subsidiaries world-wide. In his Special Counsel role, Jules oversaw DoubleClick’s government affairs activities and consumer related advertising practices.

From January 1, 1998 until he joined DoubleClick in March 2000, Jules served as Consumer Affairs for the City of New York. As New York City’s chief consumer law enforcement official, Jules was responsible for ensuring that all consumer advertising and sales complied with City, State and Federal consumer protection laws.

Jules served as an elected member of the New York State Assembly from 1994 to 1997. From November 1992 through 1993, Jules was a legislative aide to Congressman Charles Schumer and was a District Representative for Congressman Steve Solarz from 1990 to 1992.

Jules practiced law in the New York office of Stroock & Stroock & Lavan from 1989 to 1990. He is a graduate of New York University School of Law and Yeshiva University and is admitted to the Bars of New York and Washington, D.C. Jules is also a Certified Information Privacy Professional.