“Master Innovation and Development Plan” will be Vetted by City Residents, Officials

Last week, Sidewalk Labs unveiled its proposed “Master Innovation and Development Plan” (MIDP) for Sidewalk Toronto, a project that would design a smart city district in Toronto’s Eastern Waterfront. The proposal will be considered by the government and other stakeholders in the coming months to determine whether to move forward with the project. This proposed public-private partnership between Sidewalk Labs and Waterfront Toronto seeks to promote affordability and sustainability while reducing climate impact and creating new mobility solutions, such as by prioritizing mass transit and pedestrians over vehicles.

The MIDP as proposed contemplates substantial data collection and use; it also proposes a range of signifcant legal, technical, and policy controls to mitigate privacy risks and promote data protection. In the coming year, Toronto residents and officials will analyze the MIDP and work with Sidewalk Labs and Waterfront Toronto to identify aspects of the proposal that could be modified to promote benefits and reduce risks.

The MIDP acknowledges that some of the urban data at the core of the Quayside effort will be personal and/or sensitive, and proposes several key measures intended to mitigate the privacy risks. The MIDP contemplates both include technical controls, such as employing hardware and software solutions that integrate privacy-protective data collection, use, and sharing into the development and operation of the Quayside site, as well as legal and organizational safeguards, such as establishing consistent and transparent processes for using urban data and independent oversight. Key measures include:

FPF has previously reported on the importance of evaluating both privacy risks and data benefits in its practical guide Benefit-Risk Analysis for Big Data Projects and outlined the potential harms that can arise from automated decision-making in Unfairness By Algorithm: Distilling the Harms of Automated Decision-Making.

Since 2017, Sidewalk Labs has staked out an ambitious vision of the “city of tomorrow.” As Sidewalk Toronto would be fueled in significant part by data from and about Quayside’s residents and visitors, it is essential that clear and consistent standards for protecting personal data be built into the project from the outset. The MIDP sets out one of the most detailed urban data protection frameworks we have seen for any local development project and sets forward a model structure of municipal data.  If the Sidewalk Labs proposal is ultimately approved, it could be the catalyst for similar projects throughout the world, making it imperative to keep privacy as a priority. MIDP describes an intriguing range of proposed organizational, technical, and legal safeguards, and has set the stage for continued discussions with Torontians and with stakeholders from government, industry, academia, and civil society about how to maximize the potential of urban innovation while minimizing risks to individuals and communities. 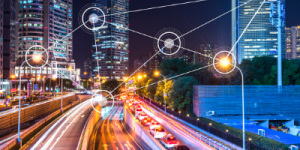 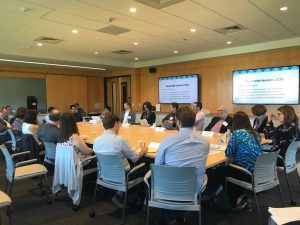