South Korea: The First Case Where the Personal Information Protection Act was Applied to an AI System

As AI regulation is being considered in the European Union, privacy commissioners and data protection authorities around the world are starting to apply existing comprehensive data protection laws against AI systems and how they process personal information. On April 28th, the South Korean Personal Information Protection Commission (PIPC) imposed sanctions and a fine of KRW 103.3 million (USD 92,900) on ScatterLab, Inc., developer of the chatbot “Iruda,” for eight violations of the Personal Information Protection Act (PIPA). This is the first time PIPC sanctioned an AI technology company for indiscriminate personal information processing.

“Iruda” caused considerable controversy in South Korea in early January after complaints of the chatbot using vulgar and discriminatory racist, homophobic, and ableist language in conversations with users. The chatbot, which assumed the persona of a 20-year-old college student named “Iruda” (Lee Luda), attracted more than 750,000 users on Facebook Messenger less than a month after release. The media reports prompted PIPC to launch an official investigation on January 12th, soliciting input from industry, law, academia, and civil society groups on personal information processing and legal and technical perspectives on AI development and services.

PIPC’s investigation found that ScatterLab used KakaoTalk, a popular South Korean messaging app, messages collected by its apps “Text At” and “Science of Love” between February 2020 to January 2021 to develop and operate its AI chatbot “Iruda.” Around 9.4 billion KakaoTalk messages from 600,000 users were employed in training algorithms to develop the “Iruda” AI model, without any efforts by ScatterLab to delete or encrypt users’ personal information, including their names, mobile phone numbers, and addresses. Additionally, 100 million KakaoTalk messages from women in their twenties were added to the response database with “Iruda” programmed to select and respond with one of these messages.

With regards to ScatterLab employing users’ KakaoTalk messages to develop and operate “Iruda,” PIPC found that including a “New Service Development” clause in the terms to log into the apps “Text At” and “Science of Love” did not amount to user’s “explicit consent.” The description of “New Service Development” was determined to be insufficient for users to anticipate that their KakaoTalk messages would be used to develop and operate “Iruda.” Therefore, PIPC determined that ScatterLab processed the user’s personal information beyond the purpose of collection.

In addition, ScatterLab posted its AI models on the code sharing and collaboration platform Github from October 2019 to January 2021, which included 1,431 KakaoTalk messages revealing 22 names (excluding last names), 34 locations (excluding districts and neighborhoods), gender, and relationships (friends or romantic partners) of users. This was found to be in violation of PIPA Article 28-2(2) which states, “A personal information controller shall not include information that may be used to identify a certain individual when providing pseudonymized information to a third party.”

ScatterLab also faced accusations of collecting personal information of over 200,000 children under the age of 14 without parental consent in the development and operation of its app services, “Text At,” “Science of Love,” and “Iruda,” as its services did not require age verification prior to subscribing.

PIPC Chairman Jong-in Yoon highlighted the complexity of the case at hand and the reasons why extensive public consultation took place as part of the proceedings: “Even the experts did not agree so there was more intense debate than ever before and the ‘Iruda’ case was decided after very careful review.” He explained, “This case is meaningful in that it has made clear that companies are prohibited from indiscriminately using personal information collected for specific services without clearly informing and obtaining explicit consent from data subjects.” Chairman Yoon added, “We hope that the results of this case will guide AI technology companies in setting the right direction for the processing of personal information and provide an opportunity for companies to strengthen their self management and supervision.”

PIPC plans to be active in supporting compliant AI Systems

ScatterLab responded to the decision, “We feel a heavy sense of social responsibility as an AI tech company regarding the necessity to engage in proper personal information processing in the course of developing related technologies and services,” and stated that, “Upon the PIPC’s decision, we will not only actively implement the corrective actions put forth by the PIPC but also work to comply with the law and industry guidelines related to personal information processing.”

Five Big Questions (and Zero Predictions) for the U.S. State Privacy Landscape in 2023 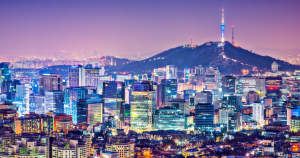 South Korea: The First Case Where the Personal Information Protection Act was Applied to an AI System
Read More 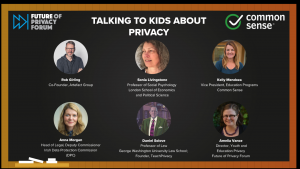 Talking to Kids About Privacy: Advice from a Panel of International Experts
Read More