There are many lessons to learn from the spread of the WannaCry ransomware attacks across the globe.  One lesson that needs more attention is the danger that exists when a government attempts to create mandatory backdoors into computer software and systems.

The ransomware attacks began May 12 and soon spread to over 150 countries and over 10,000 organizations, encrypting files and demanding payment in the online currency Bitcoin for the hackers to unlock those files.  The attacks contained relatively unsophisticated ransomware.  By contrast, the software that spread the ransomware from system to system was very sophisticated, based on the EternalBlue exploit that was stolen from the National Security Agency and leaked in April by a group called the Shadow Brokers.

An initial lesson is to remind us that leaks can and do happen from intelligence agencies, from Edward Snowden, through the publication of CIA hacker code, to the Shadow Brokers release of NSA hacker tools. In an era where leaks happen at scale and get disseminated globally, agencies face a “declining half life of secrets,” and must anticipate that their actions and techniques will be made public far sooner than historically was true.

An important lesson picked up by tech policy experts has been the need to improve what is called the “vulnerabilities equities process” (VEP).  The NSA has long had this process to weigh the benefits of a spying tool (such as breaking into an adversary’s computer system) with the costs (such as leaving civilian computers open to the same attack).  In 2013, I was part of President Obama’s NSA Review Group, and that administration accepted our recommendation to shift the VEP to the White House and involve more agencies and perspectives, especially to highlight the risk to the economy and our own infrastructure from vulnerabilities that are not patched.

Experience with WannaCry shows, however, that improving the VEP is not enough to create good security.  After the government learned about the Shadow Brokers theft, it alerted Microsoft to the vulnerability exploited by the ransomware. Microsoft released a patch in March, before the Shadow Brokers published the key attack mechanism.  Nonetheless, Britain’s National Health Service and the other victims world-wide did not update their systems in time.  These failures show the need to update quickly and systematically, an issue whose importance will only increase as myriad devices connect online as part of the Internet of Things, where many devices have no mechanism for updates.

Along with these lessons, however, WannaCry should inform us about the egregious risks that come from mandatory vulnerabilities in software, what are often called “backdoors.”  The greatest public attention to backdoors arose when the FBI sought to require Apple to write software that would gain access to an encrypted iPhone in the San Bernardino terrorism case.  Apple CEO Tim Cook refused, saying “There have been people that suggest that we should have a back door. But the reality is if you put a back door in, that back door’s for everybody, for good guys and bad guys.”  Strong encryption is permitted even under the 1994 U.S. law that requires phone companies to build their networks to respond to court orders.  As the ACLU’s Chris Soghoian has emphasized, that law “explicitly protected the rights of companies that wanted to build encryption into their products – encryption with no backdoors, encryption with no keys that are held by the company.”

The risk of government-mandated backdoors goes far beyond the U.S., however.  Late last year, the United Kingdom passed the Investigatory Powers Act, which allows the government to compel communications providers to remove “electronic protection applied … to any communications or data.”  The Electronic Frontier Foundation reports that they don’t believe the U.K. government has taken advantage of this requirement to break encryption yet, but the law is now on the books and companies could face severe consequences for non-compliance.

The difficulty with these mandated backdoors, however, is that a computer vulnerability that exists in China, Brazil, or India typically will exist in the United States as well. In all of these countries, users rely on largely the same hardware and software –  the same phones, laptops, operating systems, and applications.

The WannaCry attack thus teaches us lessons about the likelihood of leaks, the need for a better vulnerabilities process, and the importance of better software updating.

Most importantly, however, it teaches us that a backdoor required in one nation opens up the data and devices of users everywhere in the world.  Over 150 countries suffered the effects of the WannaCry ransomware.  Over 150 countries will also have their systems exposed if any one country succeeds in mandating a backdoor in the devices and software upon which we all rely.

Peter Swire teaches cybersecurity at the Georgia Tech Scheller College of Business, and is a Senior Fellow at the Future of Privacy Forum. 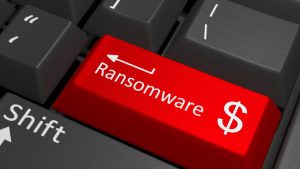