In October 2021, the White House Office of Science and Technology (OSTP) published a Request for Information (RFI) regarding uses, harms, and recommendations for biometric technologies. Over 130 entities responded to the RFI, including advocacy organizations, scientists, experts in healthcare, lawyers, and technology companies. While most commenters agreed on core concepts of biometric technologies used to identify or verify identity (with differences in how to address it in policy), there was clear division as to what extent the law should apply to emerging technologies used for physical detection and characterization (such as skin cancer detection or diagnostic tools). These comments reveal that there is no general consensus on what “biometrics” should entail and thus what the applicable scope of law should be.

Using the OSTP comments as a reference point, this briefing explores four main points regarding the scope of “biometrics” as it relates to emerging technologies that rely on human body-based data but is not used to identify or track:

As policymakers consider how to regulate biometric data, they should understand the different technologies, risks associated with each, existing laws and frameworks, and take into account the policy arguments for how the law should interact with these emerging technologies (such as “characterization” and “detection”) that rely on an individual’s physical data but are not used to identify or track.

1. Types of Biometric and Body-Based Technologies

In Future of Privacy Forum’s 2018 Privacy Principles for Facial Recognition Technology in Commercial Applications, FPF distinguished between five types of facial recognition technologies: detection, characterization, unique persistent tracking, 1:1 verification, and 1:many identification. The same distinctions apply readily to the broader world of biometric data. Most notably, unlike identification and verification, detection and characterization technologies are developed to detect or infer bodily characteristics or behavior but the subject is not identifiable (meaning PII is typically not retained), unless the user actively links the data to a known identity or unique profile. A brief explanation of terms and distinctions are provided in Table 1.

In considering these distinctions, the OSTP responses broadly showcased two contrasting frameworks for which technologies should fall under the scope of “biometrics”:

2. “Biometrics” Under Existing Legal Frameworks in the U.S.

Definitions in U.S. state biometric privacy laws and comprehensive data privacy laws largely limit the scope of “biometric information” or “biometric data” to data collected for purposes related to identification, with some exceptions (including Texas, and emerging case law in Illinois) (see Table 2). Biometric data privacy laws in the U.S. were mainly passed to mitigate privacy and security risks associated with individuals’ biometric data since the data is inherently unique and cannot be altered. For example, Section 14/5 in the Illinois Biometric Privacy Act states:

Biometrics are unlike other unique identifiers that are used to access finances or other sensitive information. For example, social security numbers, when compromised, can be changed. Biometrics, however, are biologically unique to the individual; therefore, once compromised, the individual has no recourse, is at heightened risk for identity theft, and is likely to withdraw from biometric-facilitated transactions.

How U.S. policymakers and the courts have thought about the scope of these laws is heavily dependent on the Illinois Biometric Privacy Act (BIPA)–the seminal biometric privacy law in the U.S. Importantly, BIPA contains a private right of action that has allowed courts to decide the boundaries of what technologies should and should not be within the scope of the law. The technologies most targeted under the law include social media photo tagging features, employee timekeeping verification systems, and facial recognition. Thus far, there appears no state or federal court that has conclusively held that BIPA applies to purely detection-based or characterization technology that is not used for identification or verification purposes. Ongoing litigation, however, appears to be raising important questions on whether and when detection and characterization technologies overlap with terms used to define biometrics in the law. For example, in Gamboa v. The Procter & Gamble Company, the Northern District of Illinois must decide to what extent “facial geometry” can apply to uses such as the detection of a toothbrush position in your mouth.

3. Arguments for Expanding Biometric Regulations to Include Detection and Characterization Technologies

The OSTP RFI demonstrates how the scope of biometric privacy laws could be expanded beyond identification-based technologies. The RFI used “biometric information” to refer to “any measurements or derived data of an individual’s physical (e.g., DNA, fingerprints, face or retina scans) and behavioral (e.g., gestures, gait, voice) characteristics.” The OSTP further noted that “we are especially interested in the use of biometric information for: Recognition…and Inference of cognitive and/or emotion state.”

Many respondents, largely from civil society and academia, discussed the risks of technologies that collected and tracked an individual’s body-based data for detection, characterization, and other inferences. Specific use cases identified in the responses included: counting the number of customers in a store (by detecting and counting faces in video footage), diagnosing a skin condition, tools used to infer human emotion, disposition, character, intent (EDCI), eye and head movement tracking, and vocal biomarkers (or medical deductions based on inflections in your voice).

As a result, many experts argued that these systems exacerbate discrimination and existing inequalities against protected classes, most notably people of color, women, and the disabled. For example, Dr. Joy Buolamwani, a leading AI ethicist, points to her peer-reviewed MIT study demonstrating how commercial facial analysis systems used to detect skin cancer exhibit lower rates of accuracy for darker-skinned females. As a result, women of color have a higher rate of misdiagnosis. In another example, the Center for Democracy and Technology notes, in examining the use of facial analysis for diagnoses:

“. . . facial analysis has been used to diagnose autism by analyzing facial expressions and repetitive behaviors, but these attributes tend to be evaluated relative to how they present in a white autistic person assigned male at birth and identifying as masculine. Attributes related to neurodivergence vary considerably because racial and gender norms cause other forms of marginalization to affect how the same disabilities present, are perceived, and are masked. Therefore, people of color, transgender and gender nonconforming people, and girls and women are less likely to receive accurate diagnoses particularly for cognitive and mental health disabilities…” (citations omitted).

Accordingly, many respondents recommended expanding the existing biometrics framework to a broader set of technologies that collect and track any data derived from the body, including detection and characterization, because they similarly carry risk that could be mitigated by federal guidelines and regulation. Specifically, some of the policy proposals set forth in RFI comments included:

4. Arguments Against Expanding Biometric Regulations to Equally Apply to Detection and Characterization Technologies

Many respondents from the technology and business communities argued against the OSTP’s broad scope of “biometrics” to include all forms of bodily measurement as inconsistent with existing laws and scientific standards. Accenture, SIIA, and MITRE cited definitions set forth by the National Institute of Science and Technology (NIST), National Center for Biotechnology Information (NCBI), Federal Bureau of Investigation, and Department of Homeland Security, as well as the U.S. state biometric and comprehensive privacy laws, which all limit “biometrics” to recognition or identification of an individual. As a result, most businesses have relied on this framework, and the guidance set forth by these entities, in developing their internal practices and procedures for processing such data.

Respondents also argued that there are distinct uses, processes, and risk-profiles between systems used for identification and verification versus those used for detection and characterization. Where identification, verification, and tracking technologies are directly tied to an individual’s identity or unique profile, and thus carry specific privacy concerns, detection and characterization technologies do not necessarily carry such risks when not employed against known individuals. Therefore, many respondents argued, implementing a horizontal standard for biometrics, such as blanket bans, that conflates all technologies may cause unintended consequences, largely by hindering the progress of low-risk and valuable applications that are relied upon in our society. Some examples presented of lower-risk use cases for bodily detection and characterization include:

With these technologies, industry experts emphasize that applications do not necessarily identify individuals, but process physical characteristics to deliver beneficial products or services. Though many companies acknowledged risks related to accuracy, bias, and discrimination against marginalized populations, they argued that such risks should be addressed outside the framework of “biometrics” – instead addressed through a risk-based approach that distinguishes the types, uses, and levels of risk with different technologies. Because identifying-technologies often pose a higher risk of harm, respondents noted that it is appropriate that they incorporate more rigorous safeguards, however, those safeguards may not be equally necessary or valuable to other technologies.

Some examples of policy proposals provided by respondents that tailor the regulation to the specific use case or technology include:

At the end of the day, all technologies relying on data derived from our bodies carry some form of risk. Bodily characterization and detection technologies may not always carry privacy risks, but may nonetheless lead to invasive forms of profiling or discrimination that could be addressed through general AI regulations – such as requirements to conduct impact assessments or independent audits. Meanwhile, disagreements over definitions of “biometrics” may be overshadowing the key policy questions to be addressed, such as how to differentiate and mitigate current harms caused by unfair or inaccurate profiling.

Read the OSTP Summary of the Responses here. 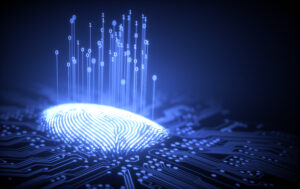 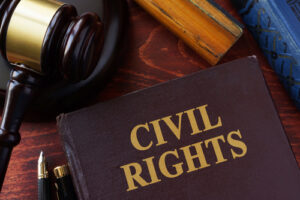