Dr Clarisse Girot served as the Future of Privacy Forum’s Managing Director for Asia Pacific. Based in  Singapore, Clarisse was responsible for developing and implementing FPF’s strategy in the world’s biggest and most populated region. FPF Asia works with stakeholders in  industry, government, academia, and civil society, to advance principled data practices in support of emerging technologies, with the shared concern to be responsive to local needs and interests and to maintain FPF’s neutrality in any discourse.

Prior to joining FPF, Clarisse was Senior Fellow (since January 2017) at the Asian Business Law Institute (ABLI), a neutral legal think tank chaired by Chief Justice Menon of the Supreme Court of Singapore. At ABLI, she was the leader of a project to promote the convergence of data protection laws and regulations and cross-border data flows in Asia, working with a unique network of stakeholders from industry, legal practice, think tanks, regulators, governments, spanning over 15 APAC jurisdictions. Clarisse is an independent expert, often consulted by supranational organizations and bodies such as the Forum of Asia-Pacific Privacy Authorities (APPA), ASEAN, OECD, WEF, World Bank, UNCTAD, UNDP, or the European Commission. In July 2021, ABLI and FPF signed a collaboration agreement to perpetuate this work of regional convergence, for which Clarisse was specifically responsible.

Prior to relocating to Singapore in 2016, Clarisse was based in Paris where she acted as Counsellor to Isabelle Falque-Pierrotin, President of the French Data Protection Authority (CNIL) and Chair of the Article 29 Working Party of European Data Protection Authorities (now EDPB). From 2004 to 2008, she was head of CNIL’s Department of International Affairs and represented CNIL at the Article 29 WP.

Among other roles, she is a non-executive Board Member of the Data Protection Authority of Jersey (JDPA), a member of the Asia Privacy Scholars Network (APSN) and of the Global Reference Panel (GRP) of the Global Privacy Assembly (GPA), and an advisor to the Future Society think tank. 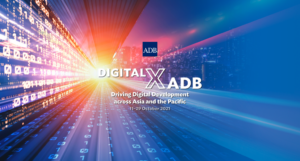 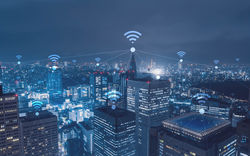