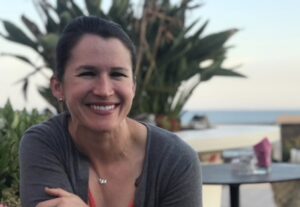 Rebekah Stroman joined The Future of Privacy Forum in December 2021 as Chief of Staff.

Prior to her time with FPF, Stroman served as the Chief of Staff for the U.S. Russia Foundation for nearly 5 years, where she led the Washington-based organization in grants administration, operations and strategic advisory. An alumnus of the U.S. Chamber of Commerce (2010-2017), Stroman previously served as the Director of Business and State Engagement for Hiring Our Heroes (HOH), a non-profit program of the U.S. Chamber of Commerce Foundation. During her time with HOH, Stroman focused on building relationships across the public and private sectors in an effort to help military veterans find civilian employment opportunities. Stroman’s prior roles in Washington, DC, include positions within the defense contracting, trade association and lobbying industries.