Last week the Federal Trade Commission (FTC) released details of a settlement with YouTube under the Children’s Online Privacy Protection Act (COPPA). Although notable for its landmark monetary penalty, the settlement is probably more important for the other requirements that it places on YouTube and content creators. Some of YouTube’s settlement obligations exceed COPPA’s statutory and regulatory requirements. Under the settlement:

According to a public statement, YouTube will disable personalized advertising (i.e. behavioral advertising), commenting, and public playlist sharing on content identified as “child-directed.” While not required by the settlement, YouTube will also deploy a machine-learning algorithm to identify videos that are in fact child-directed, but have not been self-identified by content creators.

Basis for the Settlement

The FTC concluded that YouTube had actual knowledge that many channels hosting content on its platform are “child-directed” and therefore trigger COPPA obligations for the company. Google and its subsidiary YouTube will pay a record $170 million to settle allegations by the Commission and the New York Attorney General that the YouTube video sharing service illegally collected personal information from children without their parents’ consent. The settlement includes a monetary penalty of $136 million to the FTC and $34 million to New York State. The $136 million penalty is by far the largest amount the FTC has ever obtained in a COPPA case since Congress enacted the law in 1998; the previous record was $5.7 million against Music.ly/TikTok.

The settlement hinges on COPPA’s “actual knowledge” criteria. COPPA imposes obligations on online services that have actual knowledge that they are collecting, using, or disclosing personal information from children under 13. Services with actual knowledge of such data collection must implement privacy safeguards, including: obtaining verified parental consent to collection of personal information from children; providing parents with access to children’s data retained by the company; and publishing enhanced transparency regarding data practices.

YouTube meets both prongs of this test. The complaint details Google’s knowledge that the YouTube platform hosts numerous child-directed channels. YouTube marketed itself as a top destination for kids in presentations to the makers of popular children’s products and brands. For example, Google and YouTube told Mattel, maker of Barbie and Monster High toys, that “YouTube is today’s leader in reaching children age 6-11 against top TV channels” and told Hasbro, which makes My Little Pony and Play-Doh, that YouTube is the “#1 website regularly visited by kids.” Several channel owners also told YouTube and Google that their channels’ content was directed to children. In other instances, YouTube’s own content rating system identified content as directed to children.

This set of facts, combined with those from the Musical.ly settlement, puts companies on notice that their interactions with the public, board members, potential advertising partners, and content creators are all relevant factors when the FTC determines whether  platforms have actual knowledge that they collect information from children under the age of thirteen.

Chairman Simons’ and Commissioner Wilson’s statement notes that individual channels on a general audience platform are “website[s] or online service[s]” and, therefore, each individual creator who operates a channel is “on notice that [the Commission] consider[s] them to be standalone ‘operators’ under COPPA.” This means that YouTube creators may face strict liability for COPPA non-compliance — likely a shock to most creators as they do not control the information collected by YouTube, contract with advertisers, and cannot negotiate how revenue is split. However, because creators can choose whether or not to allow targeted advertising on their channels, the Commission construes YouTube as collecting personal information from children on behalf of individual creators. This raises economic and compliance challenges for creators, because YouTube warns creators that opting out of targeted advertising “may significantly reduce [the] channel’s revenue.” Channel owners who publish child-directed content will likely face a choice: either eschew targeted advertising and the associated data collection, or obtain verified parental consent from parents of under-thirteen viewers to collect personal information from their children.

The statement also announces that the FTC will conduct sweeps of channels following YouTube’s implementation of the order’s provisions. Because COPPA applies to commercial entities (defined broadly to include anyone who makes money from an enterprise that is not a governmental body or non-profit), monetized channels will need to be aware of potential COPPA implications.

YouTube also stated that the platform would voluntarily implement a machine-learning algorithm to identify child-directed content that is not self-designated by content creators. We expect that this will be similar to other algorithmic screeners, such as those used for DMCA compliance. Critics have charged that YouTube’s algorithms are biased, opaque, and inaccurate. It will be challenging for the platform to algorithmically determine what content is or is not child directed; this analysis will necessarily be nuanced and complex. The analysis is also likely to be subjective. Some YouTube content is plainly child-directed, some channels are clearly not child-directed, and reasonable people can and will disagree about a diverse range of content in between. Any algorithm will be imperfect, creating the risk that the assessments will be both over- and under-inclusive when determining what is and is not child-directed content.

One probable issue: videos that are appropriate for children (but directed to adults or general audiences) can be inadvertently flagged as directed toward children. The Commission’s Complaint notes that YouTube videos were manually reviewed prior to being featured on the homepage of the YouTube Kids app — a separate service specifically designed for kids, and distinct from the general audience YouTube service. The Commission did not detail what the review entailed; however, one could imagine reviewers making determinations based on the content’s appropriateness for children rather than assessing the content to see if it was specifically directed toward children. For example, a David Attenborough video about sharks might be perfectly acceptable on the homepage of the YouTube Kids app, but on the general audience YouTube service, it probably would not be considered child-directed. Conflating child-appropriate content and child-directed content is common. Machine-learning algorithms may mitigate or exacerbate this problem. The implications for creators of children’s media (and child-adjacent media) are uncertain, but, at a minimum, creating content for kids will likely be less lucrative.

Several aspects of the settlement hinge on the Commission’s interpretation of COPPA’s “internal operations” exception – a provision that permits operators to collect persistent identifiers from children without parental consent if the identifiers are only used for internal operations – e.g. personalizing content, protecting user security, or ensuring legal compliance. The settlement reinforces the FTC’s interpretation that, in the context of child-directed content, targeted advertising without verifiable parental consent is prohibited by COPPA. While this position is not necessarily controversial — the DMA, IAB, NAI, and most industry leaders agree — it is useful for the FTC to reiterate this point.

The “internal operations” exception also drives the Commissioners’ civil penalty analysis. Commissioner Chopra notes that YouTube used viewing data to enhance the effectiveness of its recommendation engines, and that the value of that enhancement should have been considered when negotiating the ultimate monetary penalty of the settlement. Chairman Simons and Commissioner Wilson disagree, characterizing recommendation engine data as being used within the bounds of the “internal operations” exception to obtaining parental consent. They argue that “obtaining penalties in this matter based on the argument that enhancement of Google’s other products and services through analytics such as page views, time spent on a video, or algorithms for recommending videos is ill-gotten, is highly speculative.” The FTC has requested comment regarding the appropriate boundaries of the “internal operations” exemption, and the subject is likely to be a focus of the upcoming FTC COPPA workshop. 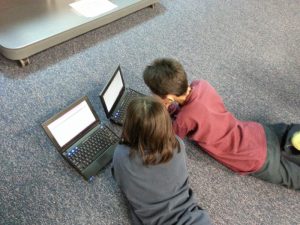