This week, the Utah legislature passed the Utah Consumer Privacy Act (SB 227). If enacted by Governor Spencer Cox, Utah will follow California, Virginia, and Colorado as the fourth U.S. state to establish a baseline regime for the protection of personal data. The law would come into effect in December 2023.

“While the Utah Consumer Privacy Act would create some new rights for Utah residents, it contains significantly fewer privacy protections than leading state frameworks. A national comprehensive law that sets strong baseline standards will be the only way to ensure that geography doesn’t determine individuals’ basic privacy rights.”

The Utah Consumer Privacy Act shares a similar structural framework for protecting personal information as legislation enacted in Virginia and Colorado. As such, it would be unlikely to introduce significant new compliance challenges for businesses that are already preparing for those laws, which come into effect in 2023.

However, Utah’s law would set significantly narrower individual rights and business obligations than privacy regimes enacted in other states.

The Utah Consumer Privacy Act is poised to secure some important new protections for Utah residents, such as access and deletion of certain personal information. However, given its limitations, the Act would not meaningfully advance individual privacy interests relative to approaches taken in other jurisdictions. The ultimate significance of the Utah Consumer Privacy Act may be that it represents an overall trend of U.S. states toward adopting privacy frameworks that are based upon the Virginia and Colorado laws, rather than following the lead of California. 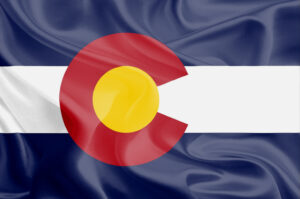