The Future of Privacy Forum (FPF) has appointed Clarisse Girot, PhD, LLM, an expert on Asian and European privacy legislation, to lead its new FPF Asia-Pacific office based in Singapore as Director. This new office expands FPF’s international reach in Asia and complements FPF’s offices in the U.S., Europe, and Israel, as well as partnerships around the globe.

Dr. Clarisse Girot is a privacy professional with over twenty years of experience in the privacy and data protection fields. Since 2017, Clarisse has been leading the Asian Business Law Institute’s (ABLI) Data Privacy Project, focusing on the regulations on cross-border data transfers in 14 Asian jurisdictions. Prior to her time at ABLI, Clarisse served as the Counsellor to the President of the French Data Protection Authority (CNIL) and Chair of the Article 29 Working Party. She previously served as head of CNIL’s Department of European and International Affairs, where she sat on the Article 29 Working Party, the group of EU Data Protection Authorities, and was involved in major international cases in data protection and privacy.

“Clarisse is joining FPF at an important time for data protection in the Asia-Pacific region. The two most populous countries in the world, India, and China, are introducing general privacy laws, and established data protection jurisdictions, like Singapore, Japan, South Korea, and New Zealand, have recently updated their laws,” said FPF CEO Jules Polonetsky. “Her extensive knowledge of privacy law will provide vital insights for those interested in compliance with regional privacy frameworks and their evolution over time.”

FPF Asia-Pacific will focus on several priorities by the end of the year including hosting an event at this year’s Singapore Data Protection Week. The office will provide expertise in digital data flows and discuss emerging data protection issues in a way that is useful for regulators, policymakers, and legal professionals. Rajah & Tann Singapore LLP is supporting the work of the FPF Asia-Pacific office.

“The FPF global team will greatly benefit from the addition of Clarisse. She will advise FPF staff, advisory board members, and the public on the most significant privacy developments in the Asia-Pacific region, including data protection bills and cross-border data flows,” said Gabriela Zanfir-Fortuna, Director for Global Privacy at FPF. “Her past experience in both Asia and Europe gives her a unique ability to confront the most complex issues dealing with cross-border data protection.”

As over 140 countries have now enacted a privacy or data protection law, FPF continues to expand its international presence to help data protection experts grapple with the challenges of ensuring responsible uses of data. Following the appointment of Malavika Raghavan as Senior Fellow for India in 2020, the launch of the FPF Asia-Pacific office further expands FPF’s international reach.

Dr. Gabriela Zanfir-Fortuna leads FPF’s international efforts and works on global privacy developments and European data protection law and policy. The FPF Europe office is led by Dr. Rob van Eijk, who prior to joining FPF worked at the Dutch Data Protection Authority as Senior Supervision Officer and Technologist for nearly ten years. FPF has created thriving partnerships with leading privacy research organizations in the European Union, such as Dublin City University and the Brussels Privacy Hub of the Vrije Universiteit Brussel (VUB). FPF continues to serve as a leading voice in Europe on issues of international data flows, the ethics of AI, and emerging privacy issues. FPF Europe recently published a report comparing the regulatory strategy for 2021-2022 of 15 Data Protection Authorities to provide insights into the future of enforcement and regulatory action in the EU.

Outside of Europe, FPF has launched a variety of projects to advance tech policy leadership and scholarship in regions around the world, including Israel and Latin America. The work of the Israel Tech Policy Institute (ITPI), led by Managing Director Limor Shmerling Magazanik, includes publishing a report on AI Ethics in Government Services and organizing an OECD workshop with the Israeli Ministry of Health on access to health data for research.

In Latin America, FPF has partnered with the leading research association Data Privacy Brasil, provided in-depth analysis on Brazil’s LGPD privacy legislation and various data privacy cases decided in the Brazilian Supreme Court. FPF recently organized a panel during the CPDP LatAm Conference which explored the state of Latin American data protection laws alongside experts from Uber, the University of Brasilia, and the Interamerican Institute of Human Rights. 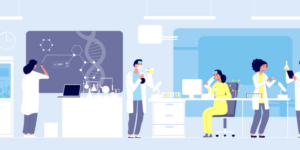