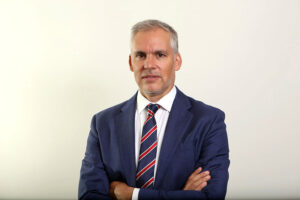 Pablo obtained his law degree at the School of Law of Universidad Católica.

In May 2000 he obtained an LL.M. from Fordham Law School (New York, USA) where he also worked as research assistant of Prof. Joel Reidenberg. Pablo wrote his LLM thesis about the subject of international transfers of personal data and the adequacy of Latin American countries.

Pablo is a law professor at the University of San Andres (Buenos Aires, Argentina) where he is also the director of the Center for Technology and Society (CETyS).

Pablo has been teaching a graduate course on “Data protection and Access to Information Law” in the Internet law Program of San Andres University since the year 2008. Since 2020 he teaches also a course on Cibersecurity law at San Andres.

Pablo also currently a partner of Allende & Brea, a law firm in Buenos Aires where he practices data protection law and internet law. After this LLM, he worked as a foreign associate at Morrison & Foester LLP in New York. He is admitted to practice law both in Argentina and in New York.

Pablo participated actively as an external consultant in the assessment for adequacy by the European Commission of Uruguay and Argentina. He has also been actively involved in the drafting of the data protection bill in the years 2017-2018 based on GDPR. He was a consultant for the “Red Iberoamericana de Proteccion de Datos” for the drafting of the SCCs for Latin America. He is also doing similar work for the SCC under the Council of Europe modernized Convention 108.

Pablo was involved in the drafting the Regulations of the national data protection act and the data protection law for the city of Buenos Aires (Law 1,845).  He was also involved in the drafting of the Computer Crimes Act in the year 2008 and was a member of the Advisory Committee of the Cybercrime Program of the Ministry of Justice of Argentina helping to internalize the Budapest Convention.

Pablo is a member of IAPP, of the editorial board of International Data Privacy Law (Oxford University), a founding member of the Latin American Data Protection Law Review (annual law review on data protection, 2012-2018), and member also of the International Association of Privacy Professionals (IAPP), where he was several times the KnowledgeNet chair for the Buenos Aires chapter. Mr. Palazzi has also collaborated in the drafting of the Model Data Processing agreement at IAPP´s Privacy Bar Section.

In 2022 he was awarded the Vanguard Award by IAPP for his work in the region of Latin America.

He has been a frequent speaker the CPDP conference in Brussels and CPDP Latam, at PLI seminars in New York, the IAPP summit in Washington DC and the Privacy Laws & Business conference at Cambridge (UK).