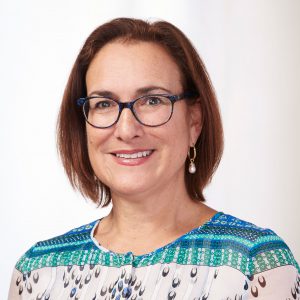 Dale Skivington is a Senior Fellow at the Future of Privacy Forum and an adjunct faculty member of the University of Colorado’s Wolf School of Law. She is also the President of the Cross Border Data Forum.

Dale is the former Vice President of Global Compliance and Privacy at Dell Technologies. As such, she was responsible for leading a team which manages various compliance risks for Dell, including anti bribery, trade compliance and data privacy. She also served as Dell’s Chief Privacy Officer.

Dale is also a former Assistant General Counsel at Kodak and its first Chief Privacy Officer. While at Kodak, she chaired the New York State Business Council’s Labor and Human Resources committee, served on the New York Governor’s Task Force on Independent Contractors and the Governor’s Task Force on Sexual Harassment, and was a founding Board Member and Officer of the International Association of Privacy Professionals. Prior to joining Kodak, she was in private practice litigating civil rights and personal injury matters, and an Assistant Attorney General for the State of New York. She has had two expatriate assignments in Europe.

Dale was elected Chair of the Board of ESL Federal Credit Union. She also served as the Chair of the Women’s Health Partnership, the President of the Board of the Legal Aid Society of Rochester, and served on the Monroe County Bar President’s Commission on the Access to Justice. She has also served on the Boards of the Monroe County Bar Association, Monroe County Bar Foundation, Greater Rochester Association of Women Attorneys, and various community organizations. She served as a Dell and Kodak management sponsor for its women’s network and is active in the Rochester Women’s Giving Circle and Denver’s Impact 100.