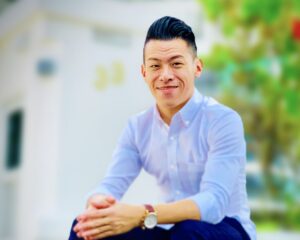 Josh is deeply passionate in the issues at the intersection of law, policy and technology, and is a changemaker in the spheres of the law of tech, and the tech of law.

As a legal architect that hopes to re-shape relationships disrupted by technology, Josh is the Managing Director, Asia-Pacific of the Future of Privacy Forum. In this role, he leads a team furthering FPF’s mission of advancing data protection best practices and the trusted development and use of emerging technologies in the region.

Josh received his LL.M. from the University of California, Berkeley, School of Law in 2022, where he was named to the Dean’s List for his academic achievements. Josh was also a Richard Buxbaum International Graduate Fellow and a White & Case Kathryn Aguirre Worth Scholar. An active contributor to Berkeley Law’s student body, Josh served as the LL.M. Editor of the Berkeley Technology Law Journal and co-founded B-LIT, Berkeley’s first legal innovation student organisation.

Before postgraduate studies, Josh served for half a decade in the Singapore Government. More recently, he was the Legal Policy Manager for Artificial Intelligence (AI) Governance in Singapore’s Personal Data Protection Commission, where he managed Singapore’s overall AI governance policies. Before that, Josh was an Assistant Director for Legal Policy in the Ministry of Law, where he drove criminal and civil legislative reform, particularly in technology and online harms. He also practiced as an international arbitration lawyer in a large Singaporean law firm.

As a driver of the tech of law, Josh is the first Chairperson of the Asia-Pacific Legal Innovation and Technology Association (https://alita.legal), a pan-regional industry platform driving legal innovation and technology initiatives in the region. Josh also co-founded LawTech.Asia (https://lawtech.asia) and etpl.asia, organizations that advance thought leadership on law and technology in Asia. In 2019, Josh was identified by Asia Law Portal as one of Asia’s Top 30 Persons to Watch in the business of law.

In addition, Josh is a member of Singapore’s Law Reform Subcommittee for Robotics and AI, where he authored a law reform report on “Criminal Liability, Robots and AI Systems”.  Josh was also a chapter co-author of Law and Technology in Singapore, which was edited by Professor Simon Chesterman, Professor Goh Yihan, and Judge of Appeal Andrew Phang. Given his keen interest in new technologies like AI and its potential impacts on society and governance, Josh is also a voting member of the IEEE P2863 Working Group on Organisational Governance of AI Systems, and holds research roles in the National University of Singapore and the Singapore Management University. He speaks regularly at conferences and dialogues in the law of tech and tech of law ecosystems. 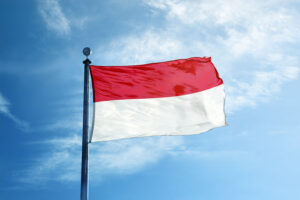